British U21 Girls Champion, Alexandra "Lexie" Ogram, has recently started her own blog, "Avocations of Alexandra", and her early posts have covered some her sporting passions: Hull City, the Headingley Ashes Test and of course, Racketlon.  Here, we are delighted to reproduce with permission her blog post and hopefully Lexi will be producing a few more posts for us to share in the future.

Racketlon is a sport that in my opinion is massively under the radar despite the challenge and excitement it brings compared to many others. It involves playing the four sports of table tennis, badminton, squash and tennis to 21 points and the overall winner is who comes out of the four games with the most points. I was introduced to Racketlon at a squash tournament a few years ago by one of the many players I have come up against and for a while after that I thought it was something I was going to change my focus to after a tough spell for me in squash dealing with my asthma.

A year or so on from that I decided to enter a tournament and see whether I would suit this format and be able to cope with the different demands each sport required. Being a squash player since the age of six and having played many tournaments over the years, this will always be my best sport and at the time the other three were grouped together at the bottom of my abilities apart from playing some school tennis. This tournament would be the first of the rest where I would be playing against boys, which I already had experience in from squash, but despite losing all of my matches and even one of the games of squash, following the attitude I always have I was determined to keep persevering with it. Since that tournament I have finished third in three junior competitions, and I am finding every opportunity I can to still continue to improve all of my sports to maintain this level. 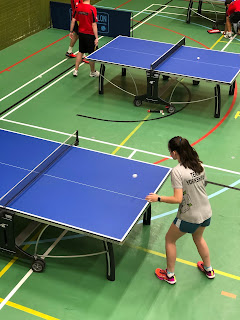 An upcoming Racketlon tournament in the calendar is something I always look forward to now because of the encouragement and enthusiasm there is there from other players who could even be your opponent. Since starting I have always felt welcomed to tournaments by players from all age groups, some of whom I had only seen a few times before, but everybody is always very keen to develop the junior side of the game as is anybody in any sport. The different skills that you need for just one match is what piques my interest and as I have always been one for a challenge the demand to improve parts of my game is something I have very much learned to embrace and I love being able to widen my racket sport ability from just playing squash to start with. Unlike football or squash, Racketlon is not something that has been with me for a particularly long time, but it is swiftly becoming one of my favourite things which is why I decided to dedicate my second blog post to it.

Almost certainly, the most incredible thing to come out of this fairly short journey is that I am going to be playing for Great Britain at the World Championships in Leipzig later this year. Still being relatively new on the Racketlon scene this is an opportunity that I cannot believe I have been given and is something positive that is going to keep me going through a year where I will be under pressure with GCSEs. For the five or so days that I am going to be out in Germany in November there are so many things I am going to be experiencing that I didn’t think were going to come so soon, being able to go the country of a language I love to learn, and playing for my country are just a couple I can think of. And whilst this post is shorter than my last on City, I am sure the more time I have playing the sport, and the more experience I gain, the more I will eventually be able to write about my journey with it. I will also be writing an update on my Racketlon after the World Championships to share my time of what I am sure will be an incredible trip.