As we approach the end of the Racketlon season, we approach the first ever European Championships, to be held in Prague from the 25th to 29th November.  Comprising a team event (25 & 26th) and singles events (26th to 29th) these continental championships are also being repeated in North America and Australasia.  Perhaps the biggest change is that we are now playing under the Union flag, as Great Britain a change that came into effect in January of this year.  With 6 events, the UK is fielding the largest squad of players with teams entered in all categories and in 2015 we go with real hopes of coming home with some excess baggage in all 6 of them.  With just a couple of weeks to go, we are able to announce our final squads. 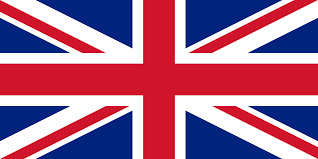 Great Britain I – The Elite.

A wonderful blend of Racketlon experience and fresh blood is the underlining feature of the GB 1s, Racketlon stalwarts Luke Barnes, Barbara Capper, Ray Jordan, Jermaine Manners and Duncan Stahl lead the line, with Dan Busby joining this grouping on the back of his exceptional performances on both the UK and FIR Tours.  These older players are joined by the young guns of Hannah Boden and Leon Griffiths.  Hannah is well established as one of the UKs top ladies, whilst Leon shoewed his immense potential by defeating established elite players at the Racket Masters in the shape of Marcus Christiansen and Thomas Wegmann.  This squad is able to cover a range of bases and with a great blend of youth and enthusiasm has real potential to give any side a run for its money on their day.

2014 World Teams (Elite) Result: 6th. A narrow 1 point quarter-final defeat to Switzerland ended the chances of the England 1s at the World team championships.  They recovered to thrash the Netherlands before losing their final match against Poland.

Perhaps the testament to the strength in UK Racketlon comes from the players selected for the GB 2s, with some regular UK A draw players featuring in this side and not in GB 1.  Alex Du Noyer, Keith Lesser, Dave Ridout, James Silvester and Lauren Whiteman, all 5 of these players would in previous years have harboured hopes of playing in GB I.  The team features a spine of experience with the ever present Alex returning to team competition after missing out on the World Teams in 2014.  Keith and Dave represent an ability to strong start with their phenomenal TT skills, whilst in Lauren and James the GB 2s have some of the deadliest tennis players on the Racketlon tour.

2014 World Teams (Amateurs) Result: 6th.  It was further quarter-final heartache for England II with defeat to Germany II before even the penalties.  They too recovered to defeat Austria III before defeat in their final match to Poland III.

GB III represent the fast response unit of UK Racketlon, with a late announcement that third teams would be allowed in the competition, it was a hasty afternoon of calls that brought together some strong Racketlon players from the A & B UK tour bands.  Katie Barclay, Jack Bishop, Johnny Bispham, Mark Harris, Barrie Keeley, James Pope, Jo Shelley & Jon Spinks for the ultimate in last minute squads, all answering the call as soon as it came!  James and Katie have tasted international team events before and they are joined by a great selection of Racketlon players, Jon Spinks one of the biggest improvers in the lower classes in 2015, whilst Johnny Bispham makes the squad just 5 months into his Racketlon career, although the “puppy dog” is under orders to not suck up to the Danes all the time he out there.  Mark, Jack and Jo represent the strong UK A players, whilst Barrie claimed the Men’s C title at the Racket Masters.

2014 World Teams (Amateurs) Result: 10th.  A horrible first round draw ensured that England III were outclassed by a Belgium I team ably led by the De Bleeckere’s (Pieter & Lieselot).  They also recovered to defeat Hungary III in a thrilling encounter, where “The invitationals” recovered from 25 points down after table tennis to win the whole tie by 7 points!  In a recurring theme they also lost their final match, also losing to Poland, in what can only be ever described as a bad tempered match.

As testament to his youth, Leon Griffiths also makes the U16s squad alongside younger brother Luke and Arif Wadud.  Arif Wadud represents one of the up and coming juniors in UK Racketlon, soon, I’m sure to be seen in the banded grades of UK tour singles events in the near future, whilst Luke owns probably the biggest cheeky grin in world Racketlon, and natural comic timing.  As was seen at the Racket Masters and in Poland at the 2014 World Teams, UK juniors are rising to the surface and will be looking to dominate in Prague.

2014 World Teams Result: Champions, Leon partnered by Piers Boden were unstoppable in Poland winning the group event with victories over Austria, Germany and Poland, losing just 3 sports out of the 36 played, true dominance!

The U16s squad also form up in the U21s and Leon, Luke and Arif are joined by Alistair Prades, the old man of UK juniors, alongside Hannah Boden and Welsh young gun Olivia Chivers.  A scary combination of skills and youth mean that for both their upcoming opponents in Europe and for us “oldies” on the UK Tour, a raft of great Rackletlon players is approaching.

2014 World Teams Result: 3rd.  The England U21s dominated their Czech and and Swiss opponents but were outclassed in their round robin group by the Poles and the eventual winners, Austria.

This squad features players many UK tour regulars might just see as members of our A class and certainly all of these players could easily have been considered for the GB 1s or 2s.  The squad consists of Barbara Capper, Rakesh Gupta, Ed Harvey, Richard Middleton, Mark Steeden and Simon Whale who will go in search of (junior) senior glory.  Mark joins this team having had an excellent year on the UK tour, whilst Barbara, Ed and Richard form a backbone that is well known and respected by their European counterparts.  Rakesh and Simon finish out the squad, bringing great experience and energy to this team.

2014 World Teams Result: 3rd.  The England O45s crushed the Austrian O45s in their quarter-final however a very strong German O45s side accounted for them in the semi-finals.  They bounced back with a thrilling victory over Hungary to secure themselves a final podium place in one of the final matches of the tournament.

A real balance of the newcomer and the regular Racketloner come to the O55s squad, with Julian Clapp, Duncan Marlow, Kevin Neville, Neil Raynor and Bruce Shepherd carrying our (senior) senior hopes in Prague.  Having dominated many a Men’s C event on the UK Tour, Julian has made a name for himself as a dogged and determined Rackletlon player who gives not an inch to his opponents.  Duncan, Neil and Bruce are the regulars to this squad and like Julian are more likely to willingly shed blood than make an unforced error.  Finally, Kevin Neville brings great skill to the table plus a razor sharp wit which is well known for keeping Keith in line on Twitter (well someone has to!), it is always useful to bring someone to keep Keith in check, so Kevin will have his work cut out dealing with both roles in Prague.

2014 World Teams Result: 2nd.  After smashing the Czech Republic in their semi-final encounter, they faced Hungary in the final.  Alongside the UK, Hungary are chock a block with canny vets and on this occasion proved too much for the England O55s side, just edging them in a keenly contested final.

So, there you have it.  Some players are returning to international duty a year on from the World Teams in Poland in 2014, whilst a number are making their debuts.  Debuts are being handed to: Jack Bishop, Johnny Bispham, Dan Busby, Olivia Chivers, Julian Clapp, Luke Griffiths, Barrie Keeley, Kevin Neville, Jon Spinks, Mark Steeden, Arif Wadud & Lauren Whiteman.

Best wishes to all 7 teams out in Prague, as once again the UK shows the depth of talent at our disposal across the various groupings largely thanks to the support of all our players and organisers on the UK Racketlon Tour.